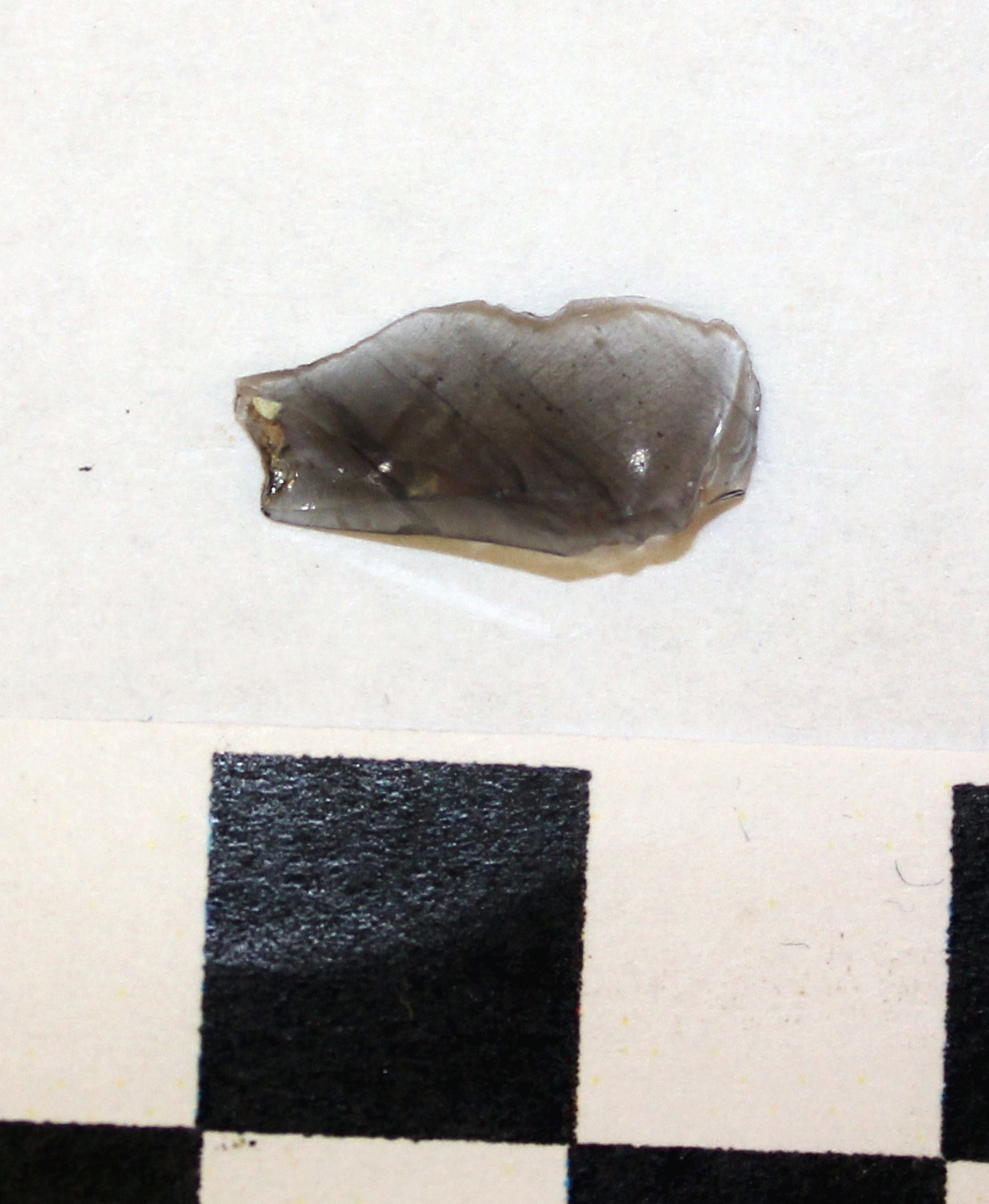 Obsidian is commonly known as volcanic glass. It forms when a volcano erupts and the lava is cooled extremely quickly, such as when it flows into a water body. In Alberta obsidian is considered to be an “exotic material” because it does not occur here naturally. When we find it here it tells us that people in the past engaged in long distance trade, usually with people in British Columbia or the Yukon. In 2016 Teresa found this lovely obsidian flake at site FaPr-6 located near the community of Caroline.

Elenore has been an archaeologist with Tree Time Services Inc. since late in 2011. She completed a bachelor of arts degree at Simon Fraser University in 2005 and started her career in cultural resource management that same year. She has been fortunate to have had the opportunity to work in all regions of British Columbia during the four years that she worked there, and even got to work on a couple of projects in the Yukon Territory. Since 2011 she has been working in Alberta focusing mostly on HRIAs of forestry projects in the foothills and boreal forest regions. View all posts by Elenore