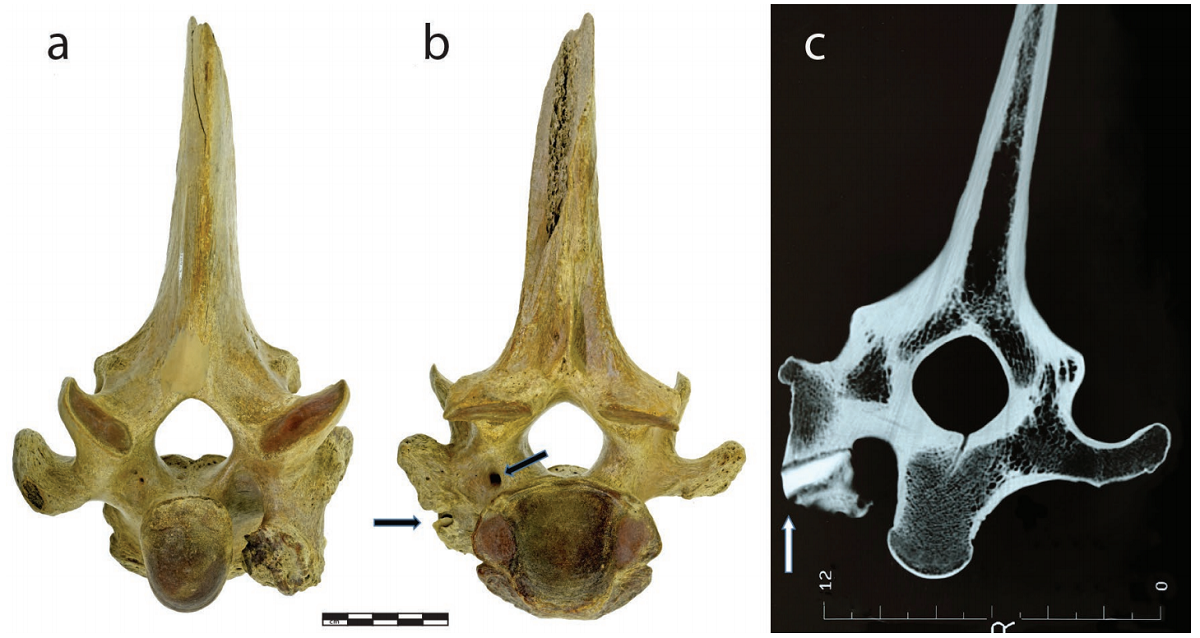 In this blog series, we will be reviewing and summarizing recent archaeological research occurring in the province and around the world. To see the original article, and others like it check out the Blue Book Series presented by the Archaeological Survey of Alberta.

When we find animal bone in an archaeological site, we can usually tell whether that animal died of natural causes, or if they were hunted and butchered by people. Evidence of butchery is sometimes obvious. We can see cut marks on the bone that are left behind when a sharp metal or stone knife cut into the outer layer of tissue that makes up bone. We can also see different fracture patterns in how the bone breaks. You can butcher an animal with an axe, leaving behind deep gouges in the bones, or using a saw which leaves distinct striations in the cuts.

Telling how an animal was hunted is more difficult. We often have to infer how the animal died based on the surrounding evidence. If we are looking a site like Head-Smashed-In Buffalo Jump, we can make a pretty good guess that the animals died from falling off the cliff. If we find a bison skeleton surrounded by stone arrowheads, it likely was shot using a bow. Very rarely do we ever see “the smoking gun” in archaeology. However, in the case of the Pibroch Vertebra we have a unique specimen that provides an insight into how people were hunting in the past. In an article published in the Archaeological Survey of Alberta Occasional Paper Series, Dr. Jack Ives at the University of Alberta and Bob Dawe at the Royal Alberta Museum reviewed their findings from the Pibroch Vertebra.

END_OF_DOCUMENT_TOKEN_TO_BE_REPLACED 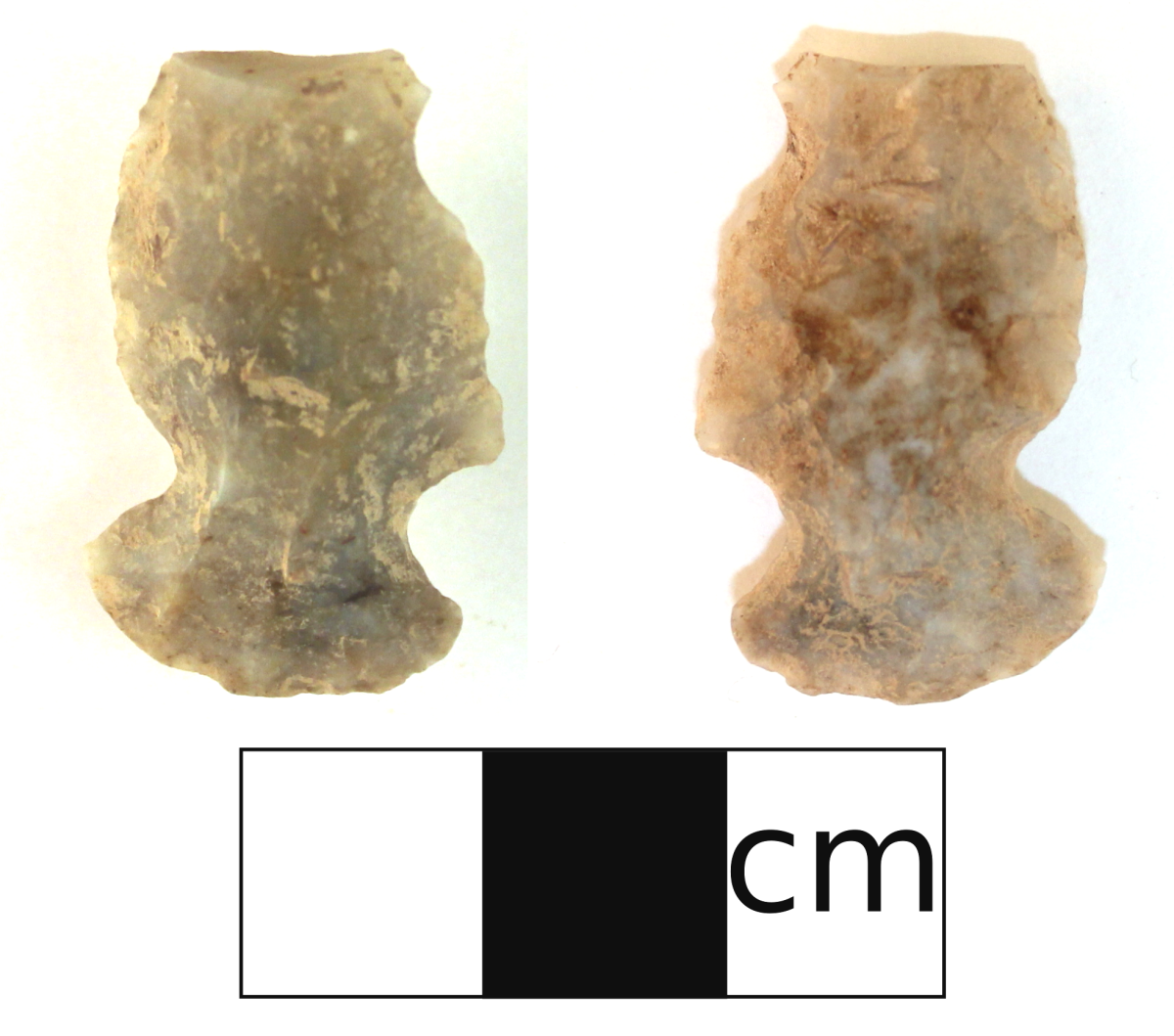 We often post images of beautifully crafted tools such as the besant point from FcPu-11 or the siltstone knife from Buffalo Beach but not every tool we find is a “work of art.” This week’s photograph is of an “ugly” artifact we found in 2016 when undertaking an HRIA for Sundre Forest Products. The site was found on a terrace overlooking the confluence of two tributaries to the North Saskatchewan River. The artifact is a side-notched chert projectile point similar to the Prairie or Plains side-notched typology. The point is asymmetrical with one edge being a rounded convex shape and the other an undulating edge with an angular shoulder. The tip of the point is broken off which is common of the projectile points we find and is likely the reason the point was discarded. While aesthetics can add to the function of a projectile point this artifact demonstrates it was not necessary. The idea that it doesn’t matter how it looks as long as it works was alive in the past as much as it is today.