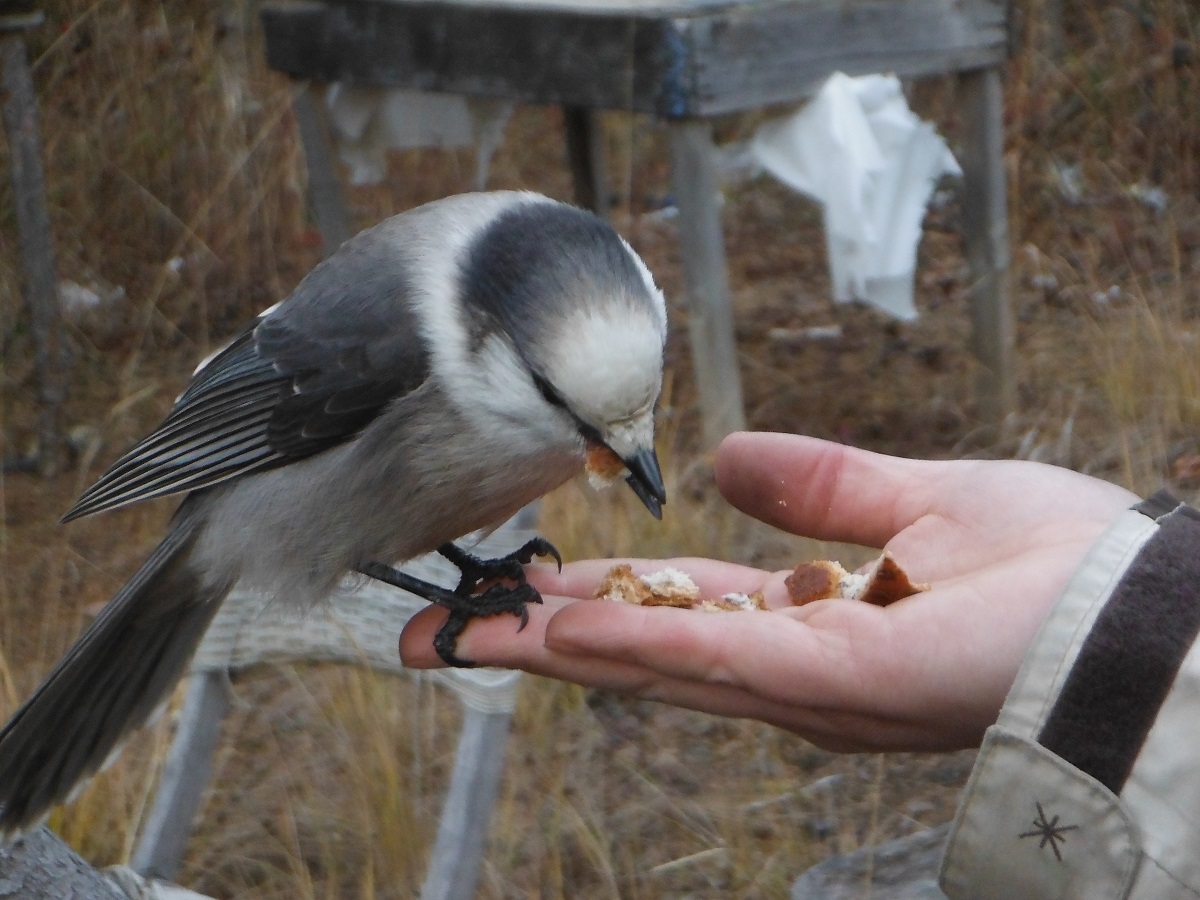 In 2015 a two year poll was issued by Canadian Geographic for a new National Bird.  In the end, our little Grey Jay took the lead, beating out the common loon, black-capped chickadee, snowy owl, and Canadian Goose. Although not officially recognized as the new National bird yet, it was selected as an avian representation of Canadians: its found in every province and territory, it’s friendly, and it’s very intelligent!

For the Cree, the Whiskey Jack, or Wisakedjak, is a shape-shifter, benevolent trickster, teacher, and messenger of the forest. There are many different stories about the Wisakedjak, but most of them have a moral. The appearance of the Wisakedjak in the morning is seen as a good omen, and is believed it warns people of nearby predators.

This boreal forest inhabitant is often spotted by Tree Time’s archaeology crews, and it has quickly become my favourite little bird. They are almost always seen traveling in a group of three: a monogamous pair and a juvenile from the previous year’s breeding season. The friendliest groups have always been found near areas people have made their hunting camps. In fact, the Whiskey Jack has figured out that people mean food. Given a few minutes, some of them may even eat out of your hand!

Whiskey Jacks stick around all winter too, even incubating their eggs as temperatures dip to -30°C. They store their food in crevices, under lichen, and even under conifer needles. They coat the food in a saliva, called bolus, which makes it sticky, ensuring the food doesn’t move until the Whiskey Jack returns. Unlike forgetful squirrels, these birds will remember exactly where they left their caches! Their food is a variety of arthropods (like spiders), small mammals, ticks, carrion, fungi, fruits, and seeds. The average life span is about 8 years, although the oldest recorded Whiskey Jack was 17 years old!

What bird would you have voted for?