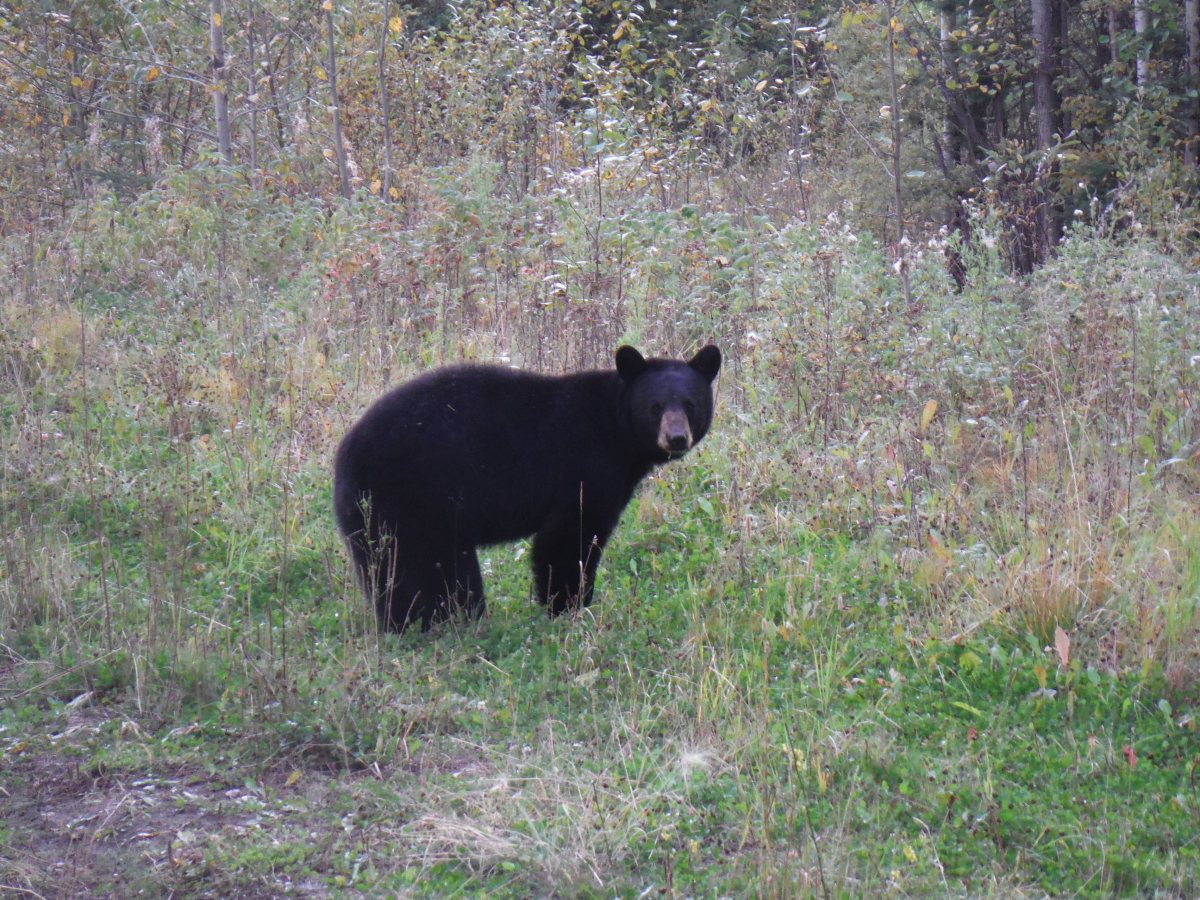 It’s that time of year again! The bears are waking up and the field workers are heading into bear territory. One of our archaeological field crews encountered this little guy in 2013 and found that he was a little less scared of them than the average bear.

Usually bears are skittish and will leave the area as soon as they know humans are around, especially if you have a noisy ATV running but this bear was a bit curious and stuck around long enough for a photo shoot. The crew scared him away and didn’t have another encounter. Remember to review your bear awareness training before heading into the bush for work or play!

Elenore has been an archaeologist with Tree Time Services Inc. since late in 2011. She completed a bachelor of arts degree at Simon Fraser University in 2005 and started her career in cultural resource management that same year. She has been fortunate to have had the opportunity to work in all regions of British Columbia during the four years that she worked there, and even got to work on a couple of projects in the Yukon Territory. Since 2011 she has been working in Alberta focusing mostly on HRIAs of forestry projects in the foothills and boreal forest regions. View all posts by Elenore