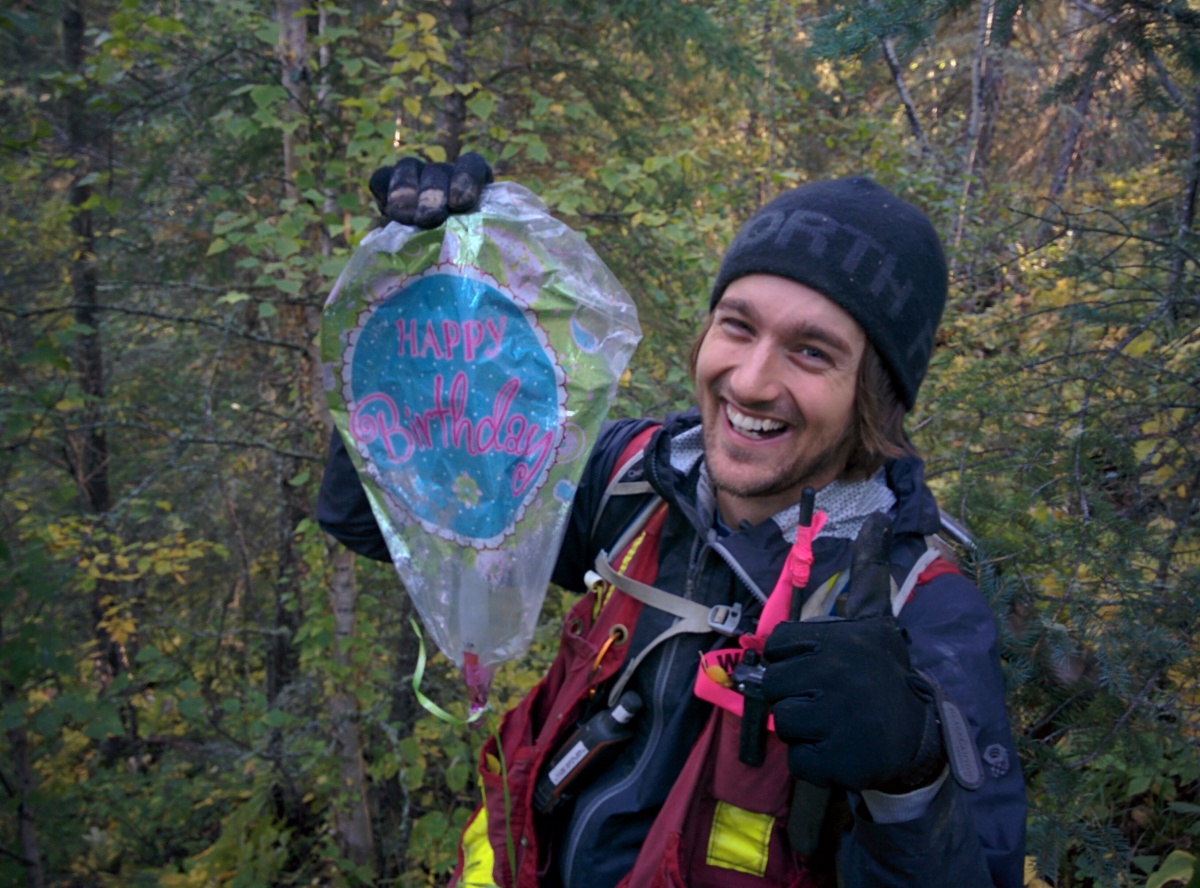 Ever wonder what happens to that balloon that slipped from your fingers as a kid? What goes up must come down. This particular happy birthday balloon was found 30 km from the closest town, but it probably came from much further away. It wasn’t Matt’s birthday, but it did bring some much needed entertainment to the day!

Reid J. Graham is an Archaeologist with Tree Time Services Inc. in Edmonton, where he carries out Historic Resources Impact Assessments for Forestry projects in Northern and Central Alberta. Reid is a recent graduate from the University of Alberta, where he completed a Master of Arts in Anthropology. In his thesis, Reid explored the relationships between the Besant Phase and the Sonota Complex, two interconnected Late Precontact cultures on the Northern Plains. He completed a Honours Degree in Anthropology at the University of Winnipeg in 2011, and has worked at archaeological projects in all over Western North America, including Upper Fort Gary in Winnipeg, the Quarry of the Ancestors north of Fort McMurry, and the Promontory Caves in Utah. Reid has also participated in numerous mitigation projects in Alberta and Ontario. His current research interests include Northern Plains archaeological research, GIS analysis, communal bison hunting, and inter-group relationships. View all posts by Reid Graham

One thought on “Happy Birthday!”